A fast-paced novel packed with so much crazy that - depending upon your perspective - you will either marvel at the breadth of Tony Doris' wild imagination or you will marvel at how he managed to turn a decade's worth of South Florida planning & zoning committee agendas into an LOL page-turner. Try not to spray rum through your nose when the commission chairwoman cuts off public participation with a line so perfect, you will picture Marie Antoinette on South Beach.

Miami is constantly in the news for a scandal, a natural disaster, or a personality who is impossibly glamorous, criminal or daft. In “DIRT,” author Tony Doris serves up the improbable-but-real and hilariously heartrending details of a fictional Miami’s politics, commerce, and fascinating people. The plot is well-paced, and his piercing observations about life in musty county offices, glitzy high rises, and decaying backstreetsare pitch-perfect. As acidly funny as Carl Hiaasen and Dave Barry, Doris’s book may be fiction, but real current events almost mirror its scenarios daily. People in real estate and finance will nod knowingly, as will all those who’ve lived through a workplace shift from hard copy to digital media.
The writing is smart and fresh (this is the only novel I know with a sidewalk as a recurring slapstick character) and I couldn’t put it down. Eager for the sequel.

The mangroves rustled just enough in the onshore breeze to block the hum of civilization a mile off. Camouflaged beneath the trees’ canopy by a dapple of sun and shadow, the squatter’s hutch in the untraveled reaches of Matheson Park sheltered Charlie Harrington in an almost impassible mudflat of low branches and roots that poked the lapping tide. A break in the overgrowth afforded breathtaking views of Miami’s skyline but the wizened 60-year-old took more comfort scanning the rippled stretch of Biscayne Bay to the south, leading out to the unprotected Atlantic.

It was Sunday. He was almost certain of that, though it didn’t much matter in this endless season of Sundays. It was late December. That, he knew. And if he didn’t, the dryness of the air and the chill in the morning shadows told him. A noisy flock of parakeets raced overhead as he picked his way to the rowboat, a faded dinghy that washed up after a storm a few months back. He shoved off, paddling once or twice and gliding into the cove before dropping his roped limestone rock of an anchor barely 50 feet from shore, to fish for breakfast in the shallows.

Warming in the sparkling sunlight, he slipped off his mud-stained Dockers, tugged the brim of his floppy hat a touch lower over his forehead and pulled a paperback from the pocket of his khakis. The freshness of all the life around him filled his lungs.

After two years in the open, his copy of Walden looked like a magazine dropped in a puddle once or twice – or, the bottom of a rowboat. But the ink held and the words rang as true as ever. Still, maybe it was time to trouble his friend Santos to make another trip to Books & Books for him, for some new words that might lead him out of this thicket or leave him more at ease within it. He’d mention it the next time the wildlife officer poked by in his skiff.

A puff from the north chilled him for a moment. He checked his fishing rod. Nothing. Why feeling so unsettled today? He’d been doing better.... 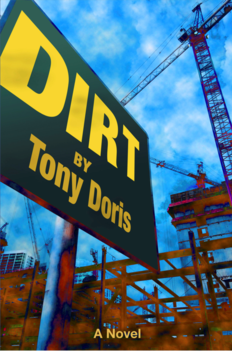 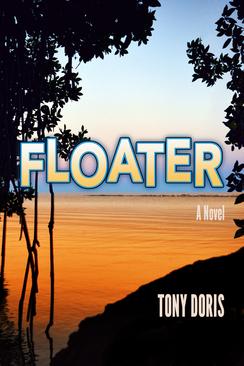 A great romp, with a purpose
“Dirt” is a great romp through the underside of Miami, sometimes literally, as we follow our experienced tour guides, a pair of savvy local reporters, on their odyssey across the city. But, as a reporter might say, that’s just the teaser because with “Dirt” there is a great deal more to the story, and maybe a deeper purpose.

With the truly multi-national, multi-ethnic city of Miami as its locale and written by a reporter who knows his way around the world of Miami politics, business and real estate – where truth and creative self-invention congregate closely – “Dirt” is about reporting, newspapering and what it takes, very often in the most humorous ways, to ferret out the truth. “Dirt” brings to mind the play “The Front Page” by Ben Hecht and Charles MacArthur, better known these days in its film version as “His Gal Friday” with Cary Grant and Rosalind Russell (another great reporter romp and a must see).

With both “Dirt” and “The Front Page” reporters are portrayed as clever investigators dedicated to the truth, but not averse to a little deviousness, duplicity and misdirection to get to the bottom of a story. And therein, I believe, lies the deeper purpose of “Dirt”. Truth, as everyone above second grade knows, is not a simple matter, but as we all teach our second graders, it does still matter. With newspapers and news organizations continuing to cut back and lay off reporters in droves, who will be left to do the time-consuming work and exhaustive digging necessary to bring suspicious activities to public oversight, particularly when those engaged in such activities are strikingly experienced at preventing it?

“Dirt” reports to us that with the layoff of newspaper men and women the public loses its most experienced tour guides in the ways of the nefarious. To which the reporters of “Dirt” sensing a little false flattery might respond, “Cut the high and mighty stuff and just tell it to me straight.” “Dirt” does yet makes one laugh at the same time.

Should be required reading prerequisite for voter registration.

Real insight into the big city political process. I lived there in the '70's and '80's and I recognize some of the real life people and all the stereotypes.

Good read. Was laughing and furious at the same time. Is there any hope for society when the manipulation is both so blatant and insidious? In the microcosm of Miami, we see the world of politics, money, dreamers, and good investigative reporting.